Geography
Hanoi is located in the Red River Delta, in the center of North Vietnam. It is encompassed by Thai Nguyen, Vinh Phuc provinces to the north, Hoa Binh and Ha Nam to the south, Bac Giang, Bac Ninh and Hung Yen provinces to the east, Hoa Binh and Phu Tho to the west.
Hanoi means "the hinterland between the rivers" (Ha: river, Noi: interior). Hanoi's territory is washed by the Red River (the portion of the Red River embracing Hanoi is approximately 40km long) and its tributaries, but there are some other rivers flowing through the capital, including Duong, Cau, Ca Lo, Day, Nhue, Tich, To Lich and Kim Nguu.

Climate: Hanoi is situated in a tropical monsoon zone with two main seasons. During the dry season, which lasts from October to April, it is cold and there is very little rainfall, except from January to March, when the weather is still cold but there is some light rain. The wet season, from May to September, is hot with heavy rains and storms. The average annual temperature is 23.2oC (73.7oF) and the average annual rainfall is 1, 800mm. The average temperature in winter is 17.2oC (62.9oF), but can go down to 8oC (46.4oF). The average temperature in summer is 29.2oC (84.6oF), but can reach up to 39oC (102.2oF).
History
Hanoi is a sacred land of Vietnam. In the 3rd century BC, Co Loa (actually belonging to Dong Anh District) was chosen as the capital of the Au Lac Nation of Thuc An Duong Vuong (the King Thuc). Hanoi later became the core of the resistance movements against the Northern invasions. Located in the middle of the Red River Delta, the town has gradually expanded to become a very populations and rich residential center. At different periods, Hanoi had been selected as the chief city of Vietnam under the Northern domination.In the autumn of Canh Tuat lunar years (1010), Ly Thai To, the founder of the Ly Dynasty, decided to transfer the capital from Hoa Lu to Dai La, and so he rebaptized it Thang Long (Soaring Dragon). The year 1010 then became an historical date for Hanoi and for the whole country in general. For about a thousand years, the capital was called Thang Long, then changing to Dong Do, Dong Kinh, and finally to Hanoi, in 1831. This sacred piece of land thereafter continued to be the theatre of many fateful events.
Tourism

Throughout the thousand years of its eventful history, marked by destruction, wars and natural calamities, Hanoi still preserves many ancient architectural works including the Old Quarter and over 600 pagodas and temples. Famous sites include the One Pillar Pagoda (built in 1049), the Temple of Literature (built in 1070), Hanoi Citadel, Hanoi Opera House, President Ho Chi Minh's Mausoleum...

Hanoi also characteristically contains 18 beautiful lakes such as Hoan Kiem Lake, West Lake, and Truc Bach Lake..., which are the lungs of the city, with their surrounding gardens and trees providing a vital source of energy.

By air: Noi Bai International Airport, over 35km from the city center, is one of the biggest airports of the country with various international and domestic routes. There are domestic flights from Hanoi to Danang, Dien Bien, Ho Chi Minh City, Hue, Nha Trang and international flights to many countries in over the world.

By train: Hanoi Railway Station is Vietnam's main railway station. It is the starting point of five railway lines leading to almost every province in Vietnam.
Hanoi Tours 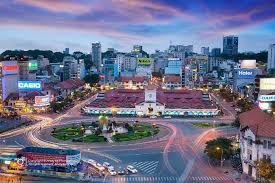 Saigon - My Tho - Ben Tre - Da Nang - Hoi An - Hue - Hanoi - Halong Bay
With this tour, you will discover the spirit of Vietnam from south to north. You will be surprised by the modern chaos of Ho Chi Minh City, the ancient Hoian city, the royal past of Hue and the elegant Hanoi Old Quarter.
Prices: $840 - $1625, Code: VBT-VCT08
View more >>>

Hanoi - Thai Nguyen - Bac Can - Ba Be National Park - Hanoi
You can trek to explore Ba Be National Park and see the landscapes on the lake by boat. You will have unforgettable memories about hospitality from an ethnic minority family.
Code: VBT-BBNP03
View more >>> 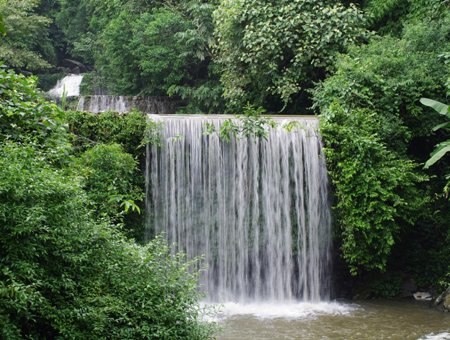 Hanoi - Ba Vi National Park - Hanoi
After busy city tour, this tour will help you see the countryside of Vietnam. It is about 65 km west from Hanoi. You can enjoy the fresh air of tropical forests and many spectacular natural scenery.
Prices: $29 - $63, Code: VBT-VCT08
View more >>>